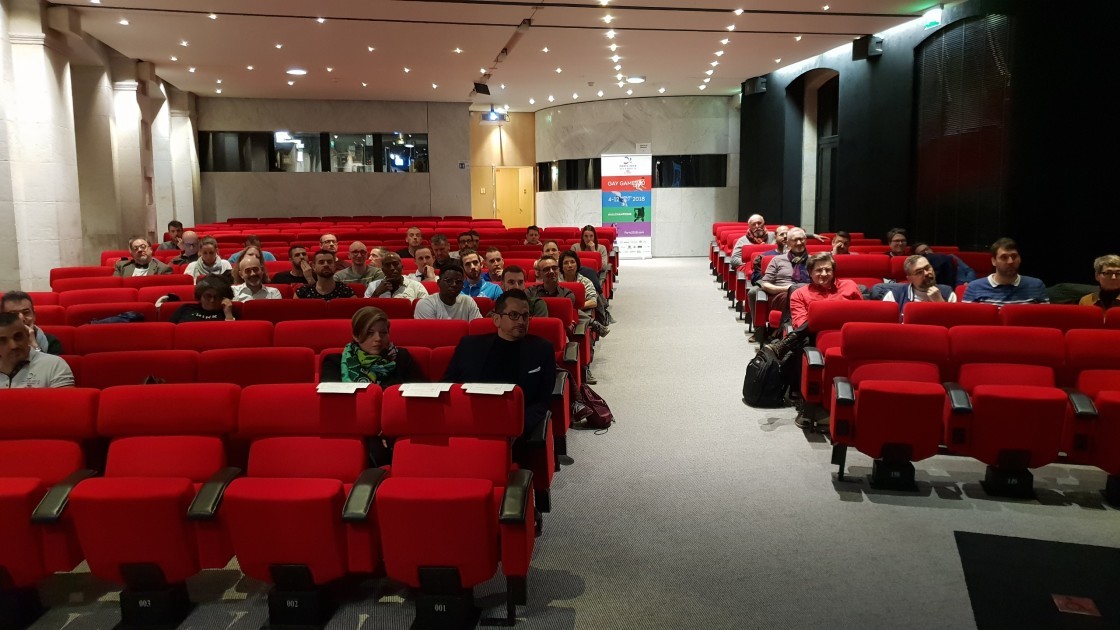 Selected in October 2013 by the International Federation of Gay Games, the non-profit organization Paris 2018 was able to organize the 10th Gay Games in Paris, in the Paris region and in Le Havre. With its 3,000 volunteers, and the support of dozens of public authorities and businesses, it has largely fulfilled its objectives and enhanced the image of the event worldwide and in France.

The edition has fulfilled its objectives:

A survey conducted by the Gay Games Federation praises the participants’ satisfaction, especially for the village, the closing ceremony, accreditation, sports and volunteers, with record rates compared to previous editions.

In addition, Kent State University conducted an independent study to measure the economic impact of the event, which totaled more than € 100 million, including the creation of 1429 full-time job equivalents, which is higher than forecast and previous editions. The Gay Games have particularly contributed to the recovery of tourism in the capital and shops in the Marais had their best month of August.

Media coverage in the first half of August reached a billion people across all media, social media, press, radio and television around the world, which is also a record.

Paris 2018 has finally respected its eco-friendly commitments with, among other things, 80% of public transport use favored by the participants, the fight against social exclusion with 500 participation scholarsgips awarded to disadvantaged people, the sorting and recycling of waste…

The opening conference of the Gay Games, on inclusive sport, organized with the support of the Think-Tank Sport & Citizenship, has resulted in 18 consensus proposals to include all populations in sport and bequeathed to the sports movement in order to progress significantly in that way.

The 2018 Gay Games marked the sporting summer in the world and contribute to better living together.

Never before has such a project been possible without the flawless investment of all the members of the organizing committee, the employees, volunteers of civic service and trainees and the thousands of volunteers. May they be especially thanked. Just like all partners and participants.

Thus, the Gay Games, under the high patronage of the President of the Republic, were supported by all public institutions, beyond political divisions: the ministries of sports, health and culture, but also the Secretariat for Gender Equality and the fight against discrimination, DILCRAH, but also the Ministry of the Interior and the Armed Forces provided financial, moral and logistical support. The City of Paris has supported the project from start to finish on all its plans. The Paris Region and Europe also contributed to the financing. The quality of the institutional relationship has been particularly warm throughout the life of the organization.

And private sponsors and private companies have contributed in the most diverse forms: provision of staff, recruitment of participants, donations or sponsorship, skills sponsorship, etc. In total, more than 100 private partners have contributed to the project, the main ones being Franprix, BNP Paribas, Renault, Blued, Avanade and General Electric. These supports have been accompanied internally as part of Corporate Social Responsibility policies and the promotion of diversity.

Finally, the Gay Games demonstrated how participatory they were with contributions from participants and spectators who funded more than half the cost of the event. The main objective of the association was to meet their expectations, which seems to be generally achieved when analyzing satisfaction rates.

Its mission being fulfilled, the steering committee proposes the dissolution of the Paris 2018 association. It commits all partners and volunteers to accompany the Gay Games movement whose next edition takes place in 2022 in Hong Kong and the French Gay and Lesbian Sports Federation with its International Tournament in Paris, the next edition of which will take place from June 7 to 9, 2019. Created in 2015, the Foundation Inclusion Paris 2018 under the aegis of FACE will continue to support all projects of inclusion of LGBT people in sport and culture. It is run by former and current members of the association Paris 2018.

It is with emotion, but also with pride, that the steering committee concludes this report. We thank all those who have accompanied us and we will continue to work so that sport and culture become activities of inclusion and sharing for everyone.