As a prelude to Gay Games 10, the organizers of Paris 2018, with the support and in partnership with three learned societies (CMG – College of General Medicine, SFSP – SFFEM French Society and Francophone medical ethics) and actors involved in the health issues of LGBT people: Acceptess-T, Afrique Arc-en-Ciel, AIDES, the Association of gay friendly medicine (AMG), Bi’Cause, the LGBT Center of Paris Ile-de-France, COREVIH Ile-de-France of the South, the National Health and Prevention Team for Enterprises (ENIPSE), GreyPRIDE, HF-Prévention, the Inter-LGBT, Le Kiosque Info Sida et Toxicomanie, le Movement d’affirmation des jeunes lesbiennes, gais, bi et trans, OUTrans, PsyGay, Shams France, LGBT International Solidarity (SIL), have proposed the holding of an international colloquium on the health of homosexual, bisexual people and trans to be held in Paris on Thursday 9 and Friday 10 March 2017 at the Ministry of Social Affairs and Health.

The aim is to report on the latest research on LGBT health, to highlight innovative health promotion and care actions and to identify all the work that remains to be done, Health education, prevention, sexual health and care so that these people can live their daily life as a full citizen. This scientific symposium is intended to support better structuring of health research and better care in the LGBT care system.

Invited lecturers and the possibility to ask questions are also planned. The languages of the colloquium are French and English. A French-English interpretation will be available for the entire conference.

The 4 themes selected for the conference are drawn from a program set up by a Scientific and Ethical Council (SEC) composed of about twenty members (scientists, public health and ethics professionals, activists from LGBT In place on this occasion:

These include: the impact of various forms of violence and discrimination during the course of life: homophobia, lesbophobia, transphobia, and other forms of discrimination / Mental health issues / Dropping out of school / Valuing safe places for the most Youth / Medicalization and the psychiatrisation of minority identities / Homophobia within the family /…

– Theme 2 (T2): Sport-health and sexual health: the body and the cult of performance.

Sports and its benefits for people’s health, but also its adverse effects on the performance of the body / Sexual health / Sexuality and sexual performance / The use of psychoactive substances (chemsex)

These include: the major health issues at different ages of life and for each LGBT population: adolescence and the role of family and school, young adult life, childhood and family Homoparental in the face of law and medicine /

Good practices to be put in place by health professionals / …

– Theme 4 (T4): Caring for oneself: benefiting everyone in LGBT communities.

The role of the community in the health of LGBT people: common issues and distinct issues / Experiences in the field and their contribution to prevention and well-being (community centers, the role of the general practitioner, …) Services we need, not to mention those for people living in rural and peri-urban areas? What are the changes needed in conventional health care services. 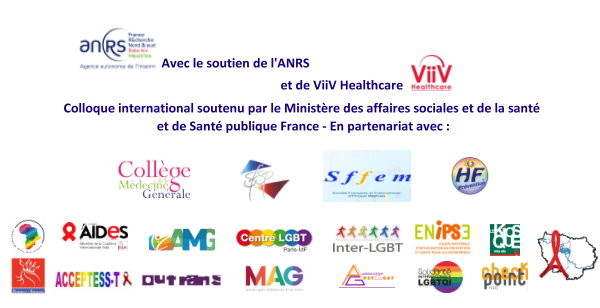