Since his involvement with Paris 2018 to organize the tenth edition of the Gay Games, Jean-Paul Gaultier has been a dedicated patron working closely with the Paris 2018 team. Master of Ceremonies at the the opening of the Amsterdam Gay Games in 1998, this worldwide French fashion designer fully supports the Gay Games values and guiding principles.

During this summer 2016, Jean-Paul Gaultier met with the Paris 2018 team at his offices in Paris for a working session and discussions concerning the opening ceremony and collectors items that he will contribute to help support Paris 2018… There will be some nice surprises in store! 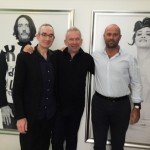 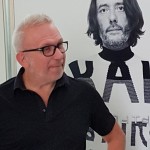